Arrows 15U A Classic

The Winners of the 15U A Arrows Classice - The Arrows! 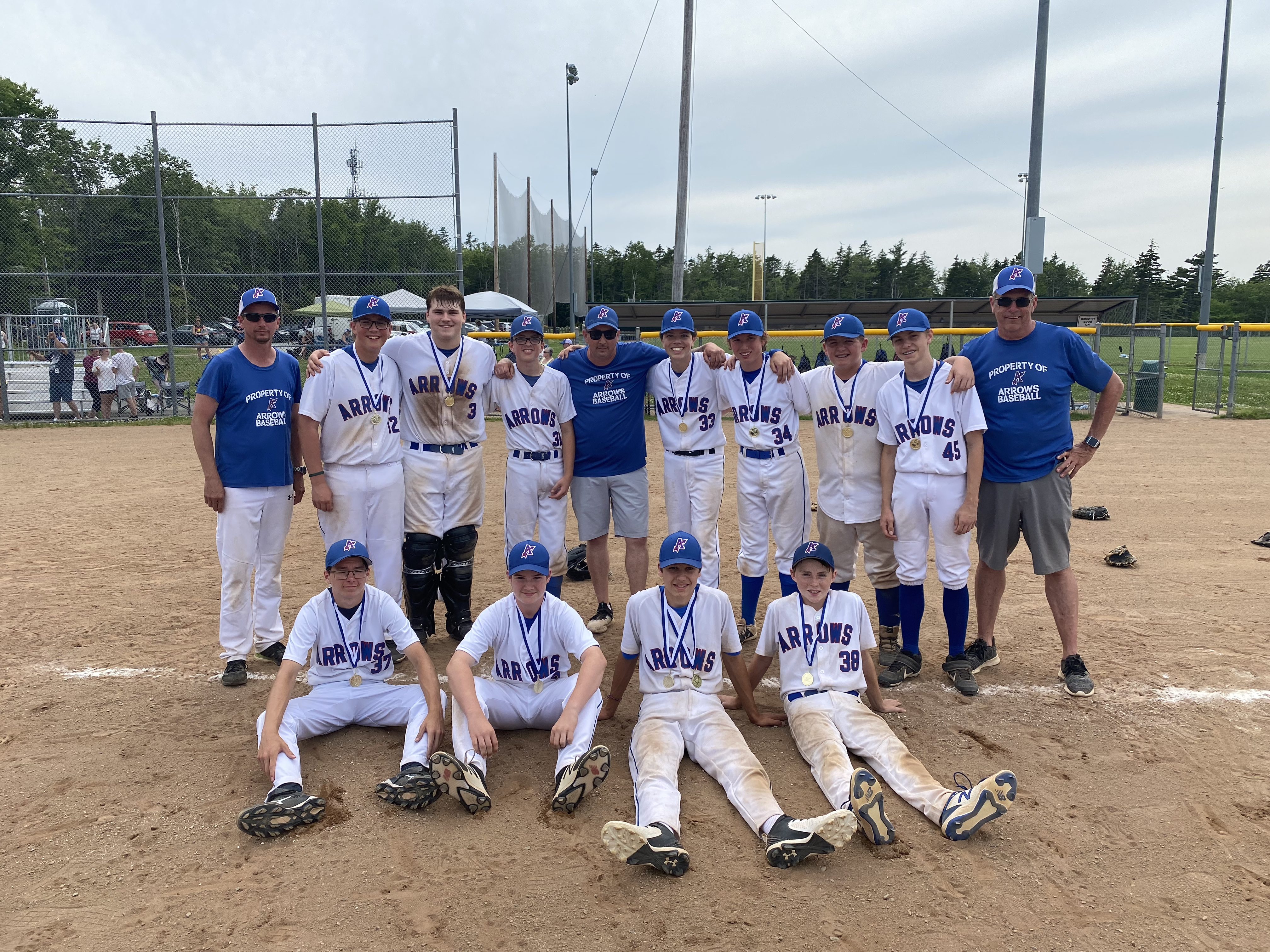 Thanks to everyone for their participation and tremendous play over the weekend!

Final Standings for the preliminary round can be found at LINK

The Semi Final will be played at Conrad on Sunday at 10:00am between Yarmouth (Home Team as higher seed) and Miramichi (Visitors)

Winner will be the visitors against Arrows in the Final on Sunday at 2:00pm at Conrad!

Welcome to the 15U A Arrows Classic!

The inaugural Arrows Classic will take place on Canada Day Weekend and will be held at Conrad Park. There are 4 teams competing in this year's event.

Each team will play 3 games with the 2nd place and 3rd place teams advancing to the semi-final. The winner of that game will play the 1st place team in the Championship game

1.1 - All participating teams must have a copy of their roster submitted online and hard copy on hand for all games. Each team was sent a login and password for their own microsite that will allow them to submit their roster. The main tournament website is Arrows Classic U15 A Tournament Site and the microsites can be viewed from there via 'Admin Login'

2.1 - Shoes with metal Cleats are allowed

2.2 - A CSA approved double earflap helmets, in good repair, are required to be properly worn by players while they are on deck, at bat and on the bases in all age categories. Form fitting helmets that do not have the attachment for a strap are permitted. Chinstraps are optional for 15U

Females playing on all boys teams at this level must adhere to rule 5.1.6.4. If the team consists of all female player's they will be permitted to use an aluminum bat with a maximum weight-length differential of -5. There are no restrictions on wood bats

2.11 - It is the responsibility of the OFFICIAL SCORER to track the pitches/ innings pitched for all those participating. All information regarding this shall be recorded and made available to any team requesting the information. If there is any discrepancy between a team's total and that of the official scorer, the OFFICIAL SCORER'S information will take precedence and is NOT subject to appeal. In the absence of an official scorer, the tournament chairman shall record the pitches/innings pitched by all pitchers and provide this information as requested

2.14 - The Umpire shall call out start of play time after the first pitch. No inning shall commence after 2 hours from start of play in non-elimination games

2.16 - Home Team for preliminary games will be decided by a coin toss at home plate

3.1 - 1st Place and 2nd Place in each division will be awarded based on points accumulated during play (2 for a win, 1 for a tie). If there is a tie between 2 teams then common opponents shall be compare.