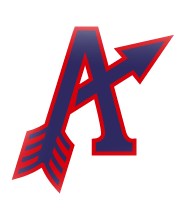 Thanks to everyone for their hardwork, patience and for the players, great play over the weekend!

The Tri-County Rangers defeated the host Arrows 17-7 in the final after a very busy schedule that saw them win 3 games in about 8 hours! Congratulations Tri-County!

The inaugural Arrows Classic will take place on July 29th to 31st and will be held at Dartmouth Kinsman and Greenough Fields.

As there are 5 teams we have scheduled a 4 game round robin format with 2 games on Friday and 2 games on Saturday. Sunday will have a single, Championship Game

1.1 - All participating teams must have a copy of their roster submitted online and hard copy on hand for all games. Each team was sent a login and password for their own microsite that will allow them to submit their roster. The main tournament website is Arrows Classic U13 AAA Tournament Site and the microsites can be viewed from there via 'Admin Login'

2.1 - An elevated pitcher's mound is not required for 13U

2.2 - Shoes with metal cleats are not permitted in 13U and below

2.2 - A CSA approved double earflap helmets, in good repair, are required to be properly worn by players while they are on deck, at bat and on the bases in all age categories. Form fitting helmets that do not have the attachment for a strap are permitted. Chinstraps are optional for 13U

2.6 - 13U - The bat shall be round and made of approved material - it shall NOT be more than thirty-two (32) inches in length, nor more than 2-3/4 inches in diameter at its thickest part. Bats may be taped to a distance not exceeding sixteen (16) inches from the handle. The bat may have a maximum weight-length differential of minus (-)10.

a) Cupped Bats. An indentation in the end of the bat up to one inch in depth is permitted and may be no wider than two inches and no less than one inch in diameter. The indentation must be curved with no foreign substance added.

2.11 - It is the responsibility of the OFFICIAL SCORER/PITCH COUNTER to track the pitches/ innings pitched for all those participating, in the case where an OFFICIAL PITCH COUNTER is assigned. All information regarding this shall be recorded and made available to any team requesting the information. If there is any discrepancy between a team's total and that of the official scorer, the OFFICIAL SCORER/PITCH COUNTER information will take precedence and is NOT subject to appeal. In the absence of an official scorer, the tournament chairman shall record the pitches/innings pitched by all pitchers and provide this information as requested

2.14 - The Umpire shall call out start of play time after the first pitch. No inning shall commence after 2.5 hours from start of play in non-elimination games

2.16 - Home Team for preliminary games will be as per the schedule

3.1 - 1st Place and 2nd Place will be awarded based on points accumulated during play (2 for a win, 1 for a tie). If there is a tie between 2 teams then their head-to-head record shall be compared. If there are more than two teams tied: